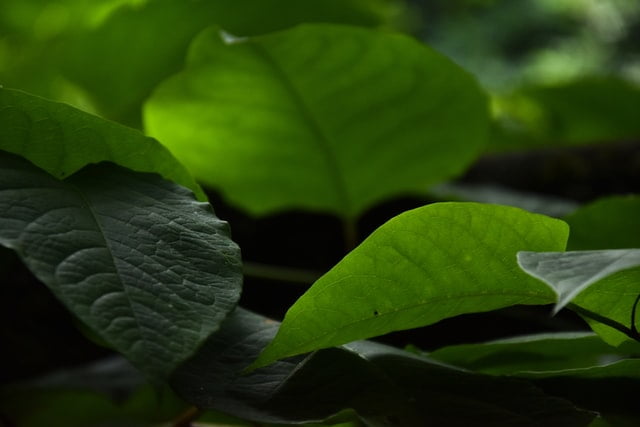 Bitter leaf, scientifically called Vernonia amygdalina, is one of the most popular herbs in Africa.

Native Africans have used it for centuries to treat various ailments.

This article reviews the benefits, uses, and side effects of bitter leaf.

What is bitter leaf

Bitter leaf is a small plant with dark leaves and rough bark belonging to the Asteraceae family.

They’re native to tropical Africa but are predominantly grown in West Africa where they grow rapidly on most types of soils.

All the plant’s parts including the leaves, stems, and roots are used in herbal remedies.

The leaves contain a variety of bioactive compounds, such as phenolic compounds, flavonoids, alkaloids, saponins, sesquiterpene lactones, and many more.

And studies have found that these compounds are responsible for bitter leaf’s impressive health benefits. [1]

The medicinal benefits of the bitter leaf (Vernonia amygdalina) include:

The bitter leaf plant is rich in plant compounds that function as antioxidants.

Some of these antioxidants are flavonoids, phenolic acids, and sesquiterpenes. They act by scavenging free radicals, detoxifying, and inhibiting stress response proteins. [2]

Malaria is a disease caused by the plasmodium parasite and is transmitted to humans by the bite of an infected mosquito.

Studies have found bitter leaf to be a cheap and effective treatment for malaria.

However, more human studies are needed to determine the exact mechanism of action.

Bitter leaves have been in use in traditional African medicine to treat worm infestations.

And recent studies in chimpanzees and gorillas have backed-up these claims.

One Tanzanian study found that worm-infested chimpanzees were cured completely of their symptoms (stomach pain, diarrhea) after eating bitter leaves. [5]

In ancient African medicine bitter leaf has been used to treat bacterial and fungal infections.

One test-tube study found that the aqueous extract of bitter leaf inhibited the growth of the S.aureus and E.coli – two infectious bacteria. [6]

Another study found that bitter leaf extract lowered the growth of fungi and bacteria in palm wine – reducing the risk of spoilage. [7]

Although these studies have found activity against microbial infections, more human studies are still required.

High blood sugar is the most common symptom of diabetes and other chronic conditions.

One study found a 21.4% decrease in blood glucose levels of diabetic rats that were administered with bitter leaf extract after 14 days.  [8]

Still, human-based research on the effects of bitter leaves on blood sugar is lacking.

Cancer is a disease that involves the uncontrolled growth of cells.

Several studies have reported that antioxidants found in bitter leaves could help destroy free radicals that cause cancer.

In another test-tube study, extract from bitter leaf suppressed the growth of breast tumor cells. [11]

However, human studies are needed before making any recommendations.

Fruits and vegetables rich in dietary fiber are recommended for everyone.

In some parts of Nigeria, the dried powdered leaves are given orally to nursing mothers to promote milk production.

Alternatively, the fresh leaves are washed thoroughly to remove bitterness and used to prepare a type of beef soup called “Ofe Onugbu”.

The following are traditional uses of bitter leaf:

Bitter leaf (Vernonia amygdalina) extracts have no known side effects on humans or animals and are considered safe.

However, scientific evidence advises that bitter leaves should not be consumed in high amounts – because, at high doses, it becomes toxic and poisonous to human cells.

Also, it is important to note that the roots contain toxic chemicals that may cause poisoning and should be ingested in minimal amounts after proper cleansing.

Although it is considered safe in normal dosage, always remember to reduce the bitterness by washing thoroughly if you are adding it to your diet.

And if you are using the crude leaves remember not to go overboard with it.

Finally, there aren’t many vegetables or herbs like bitter leaves. So it’s worth trying it out!