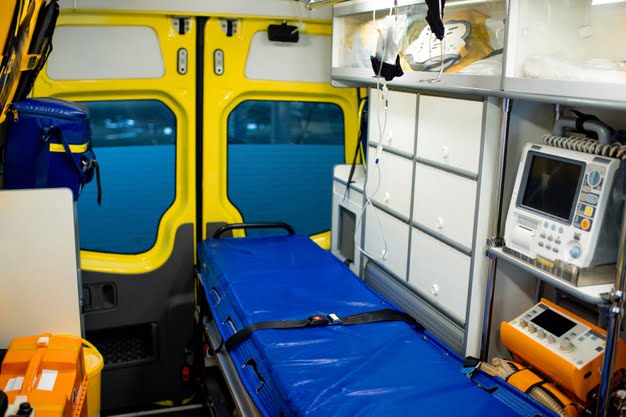 Violent protests have become more and more common over the past few decades. There have been so many cases of peaceful protests that turned into riots with protesters being shot at, beaten, or stabbed.

At the scene of violent riots, the primary focus of bystanders and fellow protesters should be to identify and capture the assailant.

When the area is sufficiently secured, attention should be immediately shifted to the victims, and ensure that they get the medical care they need.

Emergency medical services, hospital nurses and doctors, civilians nearby, and even those affected by the event all play a role in keeping people alive.

Related: How to Protect Yourself and Stay Safe During Protests

How to help save gunshot victims

For gunshot wounds, the victim should be immediately transported to the nearest hospital.

But before the emergency unit arrives, bystanders can administer first-aid treatment by trying to stop bleeding.

The “Stop the Bleed” campaign, a campaign set up to help civilians learn to control bleeding, says that victims of trauma or gunshot most often die from blood loss, rather than the injury itself.

“Someone can bleed to death in five to eight minutes,” says Jeffrey Kerby, a surgeon at the University of Alabama at Birmingham who’s involved in the Stop the Bleed campaign. “Someone at the scene is going to have to intervene to save those injured victims”.

Firstly, to help the victims, open or remove clothing, and look for the source of bleeding.

If the bleeding is life-threatening, extra care is needed. Examples of life-threatening bleeding include blood that’s pooling on the ground or spurting from a wound, loss or partial loss of a limb, or bleeding from someone unconscious.

The most relevant first-aid technique is applying direct pressure to the wound.

If there are no supplies available, cover the wound with a cloth (a shirt, a scarf, anything around), press down hard with both hands, and keep pressing. And if the injury is particularly deep, press the cloth into it to pack the wound.

But if a trauma kit is available and the injury is on a limb, pull a tourniquet tight around the person’s arm or leg above the wound to stop bleeding. Although the victim may feel immense pain, it is crucial at that moment to save the victim’s life.

However, if the wound is on the head or abdomen, treat the victim with extreme care and wait for emergency services.

How to help save stab victims

Just like gunshot victims, health experts advise that victims with stab wounds should be immobilized and kept in a well-aerated recovery position.

If the stabbing object (glass, knife, arrow)  is still attached to the wound, do not remove it, because it is likely to cause more bleeding. Simply apply direct pressure on either side of the object and wait for emergency services.

But if it is an open stab wound, apply direct pressure to stop bleeding.

How to stop serious bleeding

In external bleeding, bleeding from a major artery will result in bright red frothy blood that pulsates from the body – this is extremely serious and can cause a shock if not controlled quickly.

Bleeding from a major vein can also prove fatal, but is easier to stop. The blood tends to be deep red and flows rather than pulsates.

Most bleeds can be controlled with direct pressure. However, with a catastrophic bleed, the casualty can lose a critical amount of blood in just 3 minutes.

And if the bleed is in the trunk of the body, you may need to locate the source of the bleeding by placing your finger or hand into the bleeding cavity. Once identified, pack with sterile gauze or any improvised dressing.

Also, to treat an open chest wound, it is best not to use airtight dressings. Instead, just leave the wound open and control any bleeding with direct pressure or a non-occlusive dressing.

When to perform CPR

Most importantly, do not perform cardiopulmonary resuscitation (CPR) on a gunshot or stab victim if the victim is breathing normally.

But when they are unconscious and not breathing because there is a catastrophic life-threatening bleed that you are not able to stop with direct pressure. You can then call for an ambulance (and a defibrillator) and commence CPR immediately.